We had a steady core of regular gardeners, helping us to keep our park looking good, and providing a place of learning and enjoyment for which we thank them.

Our team continued to cut hedges, weed the meadow and flower beds, sweep leaves and pick up the endless litter.

In addition to this, we provided support in all areas of the park, particularly the Wildlife Area and triangular rose bed. Ulla and her team (organised by the QPCC and HCGA) continued to work in the Rose Garden/Orchard and triangular bed on a Thursday morning.

The RSPB Big Garden Birdwatch in January 2018 was attended by a member of the RSPB (Andrew Peel) to aid identification.  We spent a wonderful hour learning about birds and counting them.

At the end of February, we had snow in the park and our dedicated photographer was on site to record the views here.

We tried to run a session for Silver Sunday, but in the event, the weather was so poor that people stayed indoors, and who can blame them?

Weeding and re-seeding of the flower meadow in Wildlife Area is always on our yearly agenda and in 2018 we also planted snowdrops around trees, due to a kind donation. 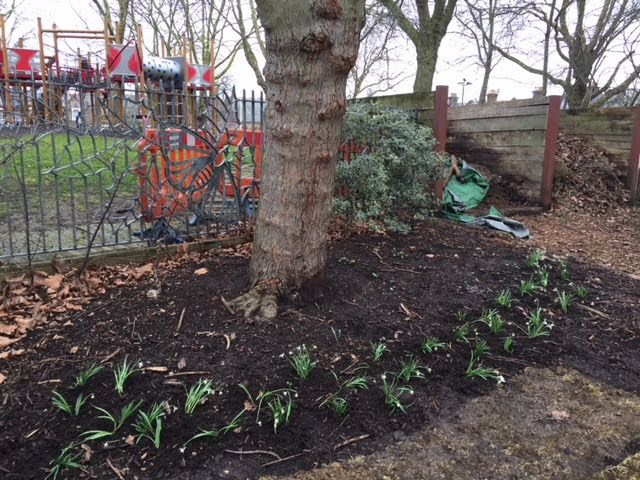 We installed a little bird bath on the roof of the bug hotel and have refreshed the habitat for the bugs.

The Triangular Rose Bed (the one with the flag pole) is in need of constant control but our stealth team made some real headway in 2018, quashing much of that ever-tenacious bind weed. 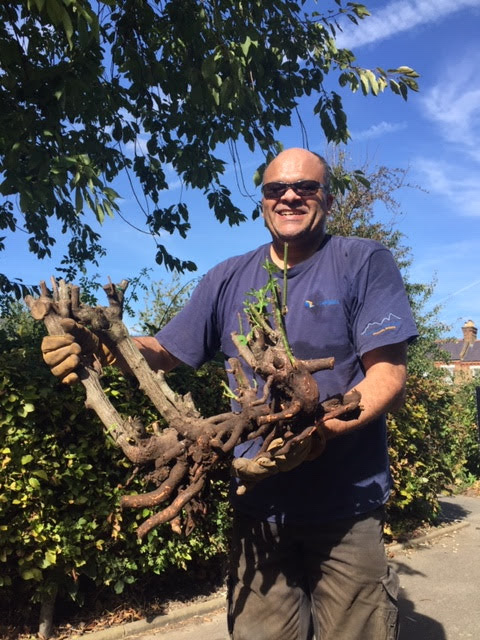 The rose bushes were pruned and some dead ones were removed. We were able to procure six new roses to replace them in early 2018, thanks to the MPGA grant received in 2017. Later in the year we planted a further six rose bushes to replace more dead ones, thanks to a pop up grant from QPCC.

We were able to plant marigolds and nasturtium as a border to the triangular rose bed, to augment the work that Ulla and her team had done previously. 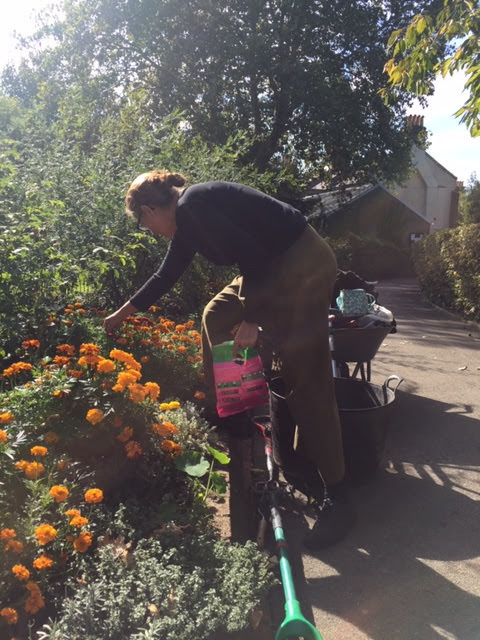 In 2018, we were indebted to our supporters for donations including:

Special thanks go to Charlotte Chesney and Ulla Johnson for ad hoc and unpaid, invaluable horticultural advice. Also Cathy Maund and Ulla Johnson of HCGA, who organised corporate workgroups in the park, turning one of the compost heaps several times as well as other tasks for which we lack the muscles and manpower. 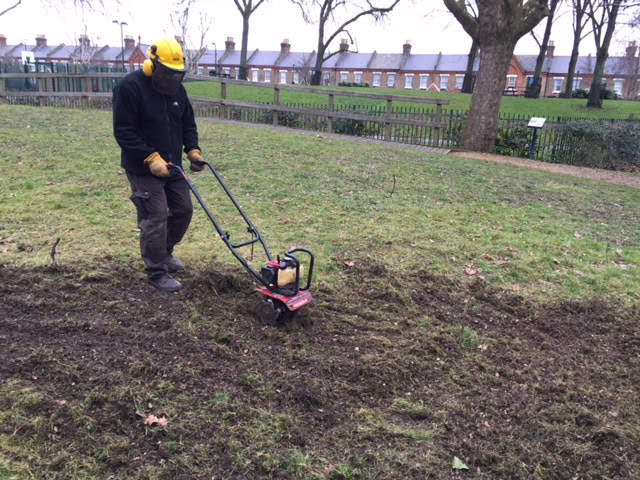 Parks management were helpful whenever approached and handled any green waste that we could not compost, They also cut meadow for us and let us use their water supply from time to time. They removed the rotten boardwalk adjoining the Wildlife Area (but in the Children’s’ Play area).They also swapped decorative railings from the area by the rotten boardwalk with the plain railings at the front of the Wildlife Area, where more people could appreciate them.

We were thankful to local resident Patricia Kerner for giving us access to her water tap during the very hot weather.

Two local pre-school groups and a primary school used the area on a weekly basis with excellent reports and Ryan’s sports hub continued to make the park a vibrant place to be.

The unstoppable Crissie from Canine Culture, continued to patrol the park, informing pet owners of how best to care for their dogs while considering other park users.

More photos can be found in our gallery.