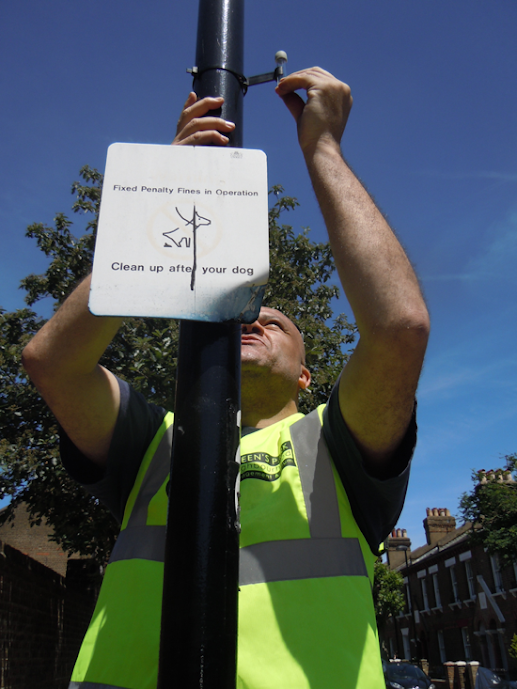 Queen’s Park Community Council’s first citizen science air pollution project was conducted in June 2017, funded by QPCC with support from community volunteers and in partnership with the London Sustainability Exchange.

Twenty diffusion tubes were mounted on street lamps, for one month, around the Queen’s Park ward, paying particular attention to stretches of Harrow Road and Kilburn Lane, outside Queen’s Park and Wilberforce Primary Schools, and Queen’s Park Library. These areas are used by adults and young children on a daily basis.

Low-tech acrylic diffusion tubes were used to collect ambient Nitrogen Dioxide (NO2) from the air. The tube’s cap contains an absorbent which absorbs NO2 produced by motor vehicle exhaust gases expelled by cars, buses and lorries. After a one month period the tubes are taken down, the concentration of NO2 absorbed is analysed and a mean average total is arrived at. This figure is used to compare the levels of NO2 against annual limits laid down by the European Union.

The European Union’s annual legal limit for NO2 is 40 micrograms per cubic metre of air. The results show Harrow Road has higher NO2 levels than the EU legal limit (40 µg/m3) and in some cases double the legal limit. Research suggests that prolonged exposure to NO2 has an adverse effect on health and reducing life expectancy.

Although Kilburn Lane shows lower levels of NO2 it is still above the legal limit. It is worth noting that Queen’s Park and Wilberforce Primary Schools are both above the EU legal limit even though they are located away from main roads.

This report has been distributed to your Westminster City Ward Councillors. To view the map of the findings, please visit the QPCC website.